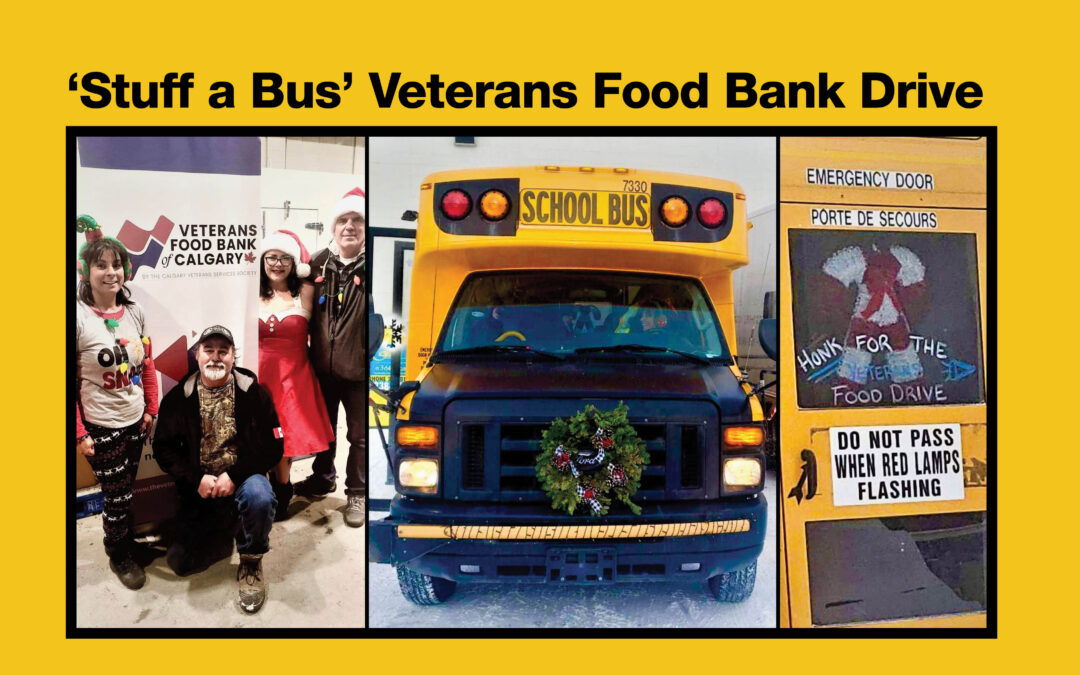 At the beginning of November, Student Transportation Vice President Murray Glass saw a news story about the Veterans Food Bank’s plea for donations. With so many veterans in need this time of year, the Food Bank found themselves very low on food items. That’s when Murray decided to spring into action.

Murray, along with Monique Esposito, stopped at the Veterans Food Bank of Calgary, picked up several boxes, then spent a couple of days going to various Calgary businesses to drop off boxes with those that would accept them and agree to collect donations.

On December 17th Joanne MacDougall, Reggie (Joanne’s dog), and Monique met up with Murray at the SOUTHLAND Highfield Calgary location to begin decorating a school bus for the ‘Stuff A Bus’ Veterans Food Bank Drive. On December 18th, Murray & Monique ventured out in -30 weather to pick up all the boxes and deliver them to the Veterans Food Bank. Fortunately, they had help from Nicole Monk from our Ogden Yard, who volunteered to drive and be the resident elf!

After arriving at the Veterans Food Bank of Calgary, Murray’s crew was met by volunteers and Food Bank Vice President Ray McKay to offload the goods.

Murray would like to thank everyone at SOUTHLAND Transportation who pitched in to make the ‘Stuff a Bus” Food Bank Drive such a success. He’d also like to acknowledge the following supporting businesses for helping to collect donations: MJ Photography, Crabapple Clothing Company, Anytime Fitness Haysboro, Safeway Mission and Safeway Garrison Woods.